How To Become A Devops Engineer In 2021 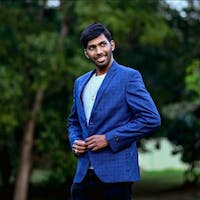 Subscribe to my newsletter and never miss my upcoming articles

WHY BECOME A DEVOPS ENGINEER?

It's really that simple. Regardless of how quickly the modern-day IT environment evolves, there are a few key metrics that stand out. Customers expect products to be delivered quickly, issues to be resolved quickly, and an overall process that is dependable. DevOps implementation in a company checks all of those boxes. DevOps will be in demand as long as customers expect these things. And, obviously, DevOps engineers will be in demand as long as DevOps is in demand.

So, if you're interested in being a DevOps engineer, there's no question that it'll be worthwhile.

STEP 1: DETERMINE WHAT DEVOPS ARE NOT!

Don't look down on me for stating the obvious. However, I've seen enough people misinterpret what the term actually means to convince me that this point is worth discussing. One of the first roadblocks in most people's DevOps journey is a misunderstanding of the term. DevOps is about many things, but it is also not about many things. For example, DevOps is not achieved simply by combining the development and operations teams. Certain practises and processes must be implemented and followed throughout your entire delivery pipeline. Agile is not synonymous with DevOps.

And, no, implementing DevOps does not imply eliminating an organization's operations team. DevOps is more than just automation, and it does not, of course, imply ignoring security. There are numerous misconceptions about DevOps. That is why knowing what DevOps is and isn't is the most important thing for a DevOps engineer to understand.

Obviously, coding skills are required—at least for the standard suspects like Python, Ruby, JavaScript, and Perl. For example, if you are familiar with Python, you will find it much easier to work on Ansible, a DevOps application. This is due to the fact that Ansible defines configurations using Python syntax for defining data structures and implementing conditionals. Furthermore, you must be proficient in programming to comprehend the challenges that dedicated programmers face when developing software. If you're a capable programmer,

You'll also be able to tell a DevOps engineer how feasible that code will be in their production environment. As a result, contrary to popular belief, having coding skills is essential. But keep in mind that DevOps is more of a state of mind than a ready-made, pre-established approach. So, the good news is that you don't have to be picky about which programming language you use as long as your favourite one works fine.

As you might expect, there are a plethora of DevOps tools on the market. The immediate question, “What is the best DevOps tool to use?” does not have a single correct answer. It is determined by a variety of factors, including the size of the team, the SDLC stage at which the tool will be used, and the specific needs of the given environment. It would be incorrect to say that a successful DevOps implementation is solely dependent on tools. However, being familiar with industry standard tools and knowing which tools work best in which environments is critical for a DevOps engineer's success.

For obvious reasons, security cannot be overlooked, and the ability to write secure code is a must-have skill for a DevOps engineer. You don't need the level of expertise that a dedicated cybersecurity engineer possesses, but you also can't ignore security. This is because DevOps values security and even advocates for it during the development process's early stages. DevOps does not simply push security to the end of the pipeline. A productive DevOps environment promotes faster development cycles and code deployment. However, this exposes the process to even more vulnerabilities than before. There is no point in implementing DevOps to achieve a faster time to market if your

The concept of DevSecOps, which essentially means integrating security into the DevOps pipeline, is gaining traction. In addition, the level of security expertise expected of DevOps engineers is increasing. As a result, security is one of the aspects that DevOps professionals cannot afford to overlook.

A DevOps engineer may benefit from prior experience with Windows/Linux administration. That is why you will see many sysadmins switching to (or attempting to switch to) DevOps. Despite the fact that they are two distinct roles, they do share some technical skills. For example, if you're a sysadmin, you're probably already familiar with monitoring, operating system administration, and scripting. Fortunately, those are also prerequisites for a career in DevOps.

DevOps and the cloud, for the most part, go hand in hand. This means that cloud computing supplements and facilitates DevOps adoption in any organisation. DevOps and the cloud can work together to enable easier IT automation and faster deployment rates, as well as to promote better collaboration across version control and other similar functions. Furthermore, incorporating DevOps into cloud management systems allows for hybrid cloud management, which is a popular option for many organisations. So it's easy to see why a DevOps engineer is expected to have some knowledge of the cloud.

Even some of the world's largest technology companies are looking for DevOps engineers who can design or build tooling and infrastructure for cloud-based platforms. Simply migrating existing applications and servers to the cloud has become obsolete due to technological advances. Application deployment experience on major platforms such as AWS, Google, or Azure can be extremely beneficial to an aspiring DevOps engineer.

STEP 7: Containers for Eating and Sleeping

Containerization experience can be an asset to a DevOps professional's resume. Containers are an appealing option for many businesses. It reduces developer workloads and improves portability, versatility, and reliability. It's no surprise that many of the top DevOps service providers have containerization services in their arsenal. As a result, they're looking for people who have experience with containerization tools like Docker, Kubernetes, and ClusterHQ.

Infrastructure-less DevOps Automation is analogous to owning a horse but only allowing it to run on your farm. Although it would be incorrect to say that DevOps is entirely about automation, automation is an absolutely necessary component of DevOps. This is due to the fact that scripting languages can automate many tedious IT tasks that would otherwise be performed manually. And, as a general rule, the more you automate, the greater the benefits you will reap. You simply cannot afford to configure your infrastructure systems manually in today's cutthroat competition.

The solution is infrastructure as code (IaC).11 IaC simply means building your infrastructure through code in the same way you build enterprise applications. A DevOps engineer should have the following skills: working knowledge of two types of IaC tools: configuration orchestration and configuration management

Again, there are a variety of tools available that serve various primary functions. Chef, Puppet, and SaltStack are frequently used for IaC. Tools such as Jenkins and Docker are used for continuous integration and continuous deployment. Monitoring tools such as Datadog and New Relic also play an important role in increasing your business's uptime. Of course, you don't have to be an expert in all of these tools, but having a good understanding of their various functions is essential for any DevOps engineer.

Testing has a direct impact on the success of your DevOps implementation. It doesn't matter how quickly DevOps accelerates the rate of delivery if your testing isn't fast and accurate enough. Inadequate testing may become a bottleneck in your delivery pipeline. Continuous testing, in particular, which requires the execution of automated tests to evaluate the risks involved, is critical in any DevOps adoption. As a result, continuous testing is added to the list of must-have skills for a DevOps engineer.

There are no prizes for correctly identifying this skill on this list. At its core, DevOps is about collaborating between two teams—development and operations—to achieve common business objectives. As a result, the definition emphasises the importance of collaboration skills for a DevOps engineer. And if you aren't good at collaborating with others, you won't be able to follow another core DevOps mantra: breaking down silos between teams. DevOps fosters a culture of shared accountability. Having a one-man army mentality or a penchant for frequently biting off more than you can chew may help you land some jobs, but DevOps engineers are in high demand.

To different people, the term "DevOps" means different things. The way DevOps is implemented in different organisations may also differ. However, one of the ultimate goals of any DevOps implementation is the same—to delight customers. Meeting the needs of customers on a consistent basis is one of the ultimate business goals of any DevOps professional. As a result, any successful DevOps engineer will have a customer-centric mindset.

Even in the modern IT era, when even the recently invented is rendered obsolete by newer versions, good communication skills will never be out of date. Engineers in DevOps are no exception to this rule. They typically collaborate with almost all engineering departments, and they are frequently required to collaborate with people from a variety of technical backgrounds. This means they may have to explain complex situations to people who are experts in other fields but not in the one in question. In many cases, effective communication with customers or developers is the key to problem solving. As a result, communication skills can give you an advantage in the competitive search for quality.

DevOps organisations should ideally operate in the same manner as typical startups. You should embrace innovation and be ready to put it into action wherever possible. What do you do if a strategy that once yielded fruitful results is no longer working for you? Of course, you must be proactive. However, you should be adaptable enough to look ahead of the issue rather than clinging to what worked well in the distant past. In the current state of affairs, great DevOps professionals always focus on what they can do to add value to the business. Thus, in a career where multiple stakeholders at various levels are frequently involved, the ability to be flexible can distinguish great engineers from the good.

From what we've discussed thus far, it's clear that maintaining the DevOps golden mean necessitates a steady mix of both technical and non-technical skills. People who have made it frequently go beyond their comfort zone in terms of the technical expertise required for their specific role, and they learn a thing or two from other domains. It's easy to see why many people regard the role of DevOps engineer as difficult. I hope this has provided you with a bird's-eye view of what it takes to delve deep enough into DevOps to make a career out of it. To summarise, I believe that in order to be a successful DevOps engineer, one must be a jack of many trades and a master of some.